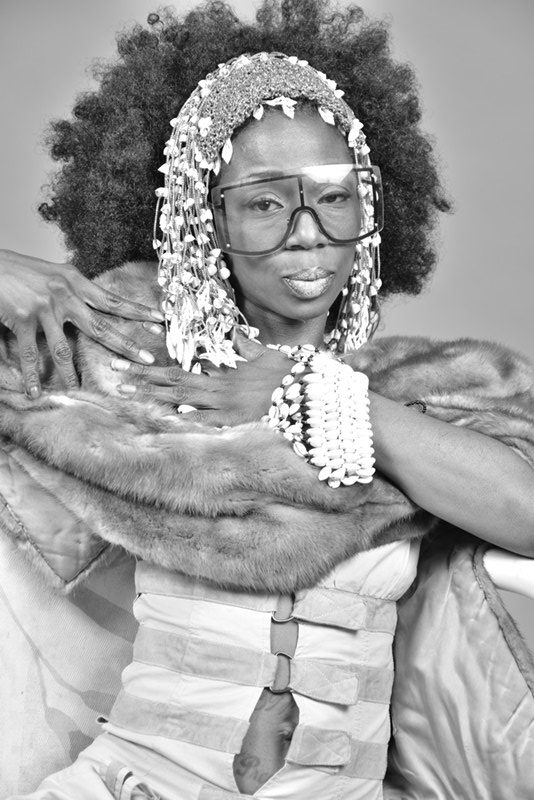 Born in Kansas City and raised in Los Angeles, Megashia Jackson is a comedian, musician, model, motivational speaker and mother of three who has overcome a multitude of challenges to become the woman she is today.

At the tender age of four, a babysitter poured hot water on her as punishment for being too noisy. She received second and third degree burns over fifty percent of her body, was taken away from her mother, hospitalized and in recovery for over a year. When she was finally well enough to go to school, she was mercilessly teased about her burn scars. But she had two secret weapons: a mind of steel and laughter. After learning “fire breathing” techniques as a way to deal with her physical pain, Megashia wasn’t affected by the hurtful taunts of her classmates. And when she realized that laughter was the best way to fight her bullies, she became the class clown and started to develop her gift for comedy.

Megashia’s grandmother owned a record store, and she was exposed to many genres of music there. She soon began to pursue her own musical interests, playing brass instruments in several school bands before settling on her true love – percussion. A career in music was put on hold when she had children and needed to do something more practical.

Coming from a long line of beauticians, Megashia decided to go to cosmetology school. It turns out she also had a talent for making her clients look and feel beautiful, opening a thriving hair salon and creating a line of hair care products.

Today Megashia’s biggest goal is to inspire other women. She completed the leadership program at A New Way of Life, an organization helping formerly incarcerated women reconnect with their purpose. She is an ordained minister specializing in the Ministry of Music, using traditional African Drumming and healing principles to uplift and connect with women who are going through their own challenges. She composed and recorded jazz inspired songs for the First Woman’s Church’s Music Ministry and drummed for campaigns supporting immigrants’ rights and prison reform. She is also an active participant in Toastmasters International, winning awards for her use of humor in her speeches. She enjoys speaking to young women about self-care and increasing self-esteem.